Due to the alteration of penicillin binding protein, MRSA are resistant to penicillins (including oxacillin, cloxacillin and flucloxacillin), ß-lactam/ß-lactamase inhibitor combinations, cephalosporins, and carbapenems. Only the new anti-MRSA ß-lactams (e.g. ceftaroline) retain activity against MRSA. However, in vitro and in vivo reduced susceptibility to ceftaroline has recently been reported (8–9).

MRSA has been categorised into healthcare-associated (HA-MRSA) and community-associated (CA-MRSA). The Centers for Disease Control and Prevention (CDC) classification, which is the most widely accepted, classified HA-MRSA and CA-MRSA epidemiologically (10). However the border between the two is becoming blurred and surveillance using epidemiological criteria alone has become insufficient. 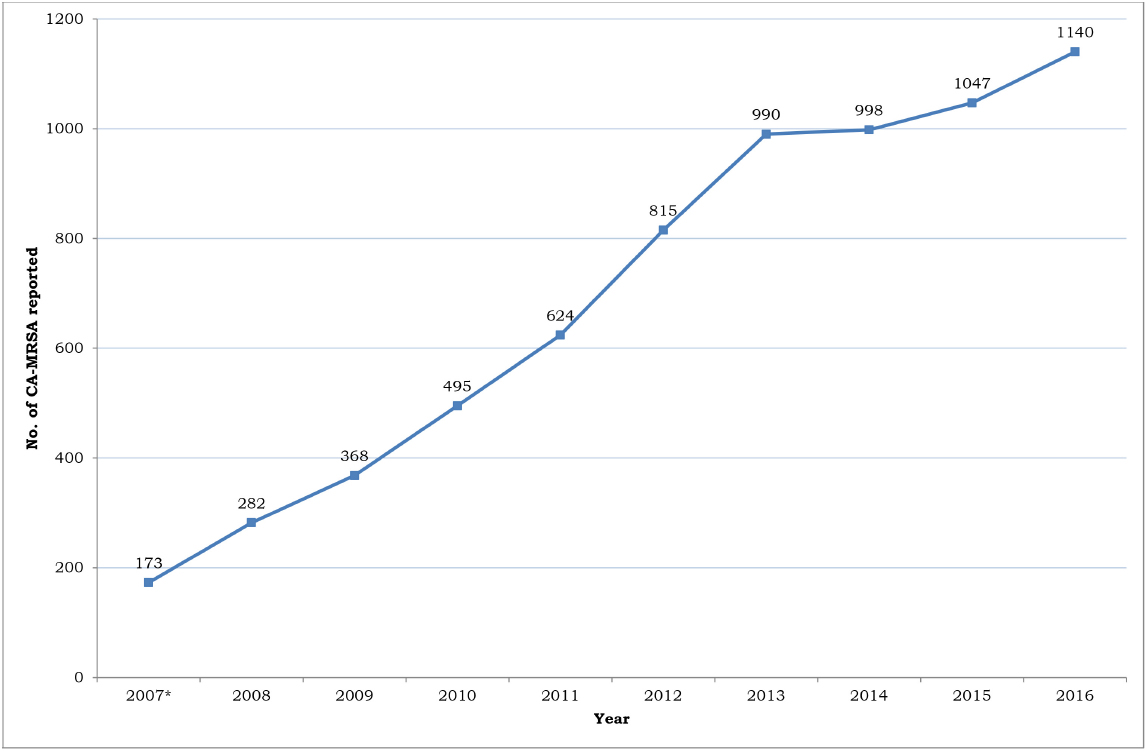